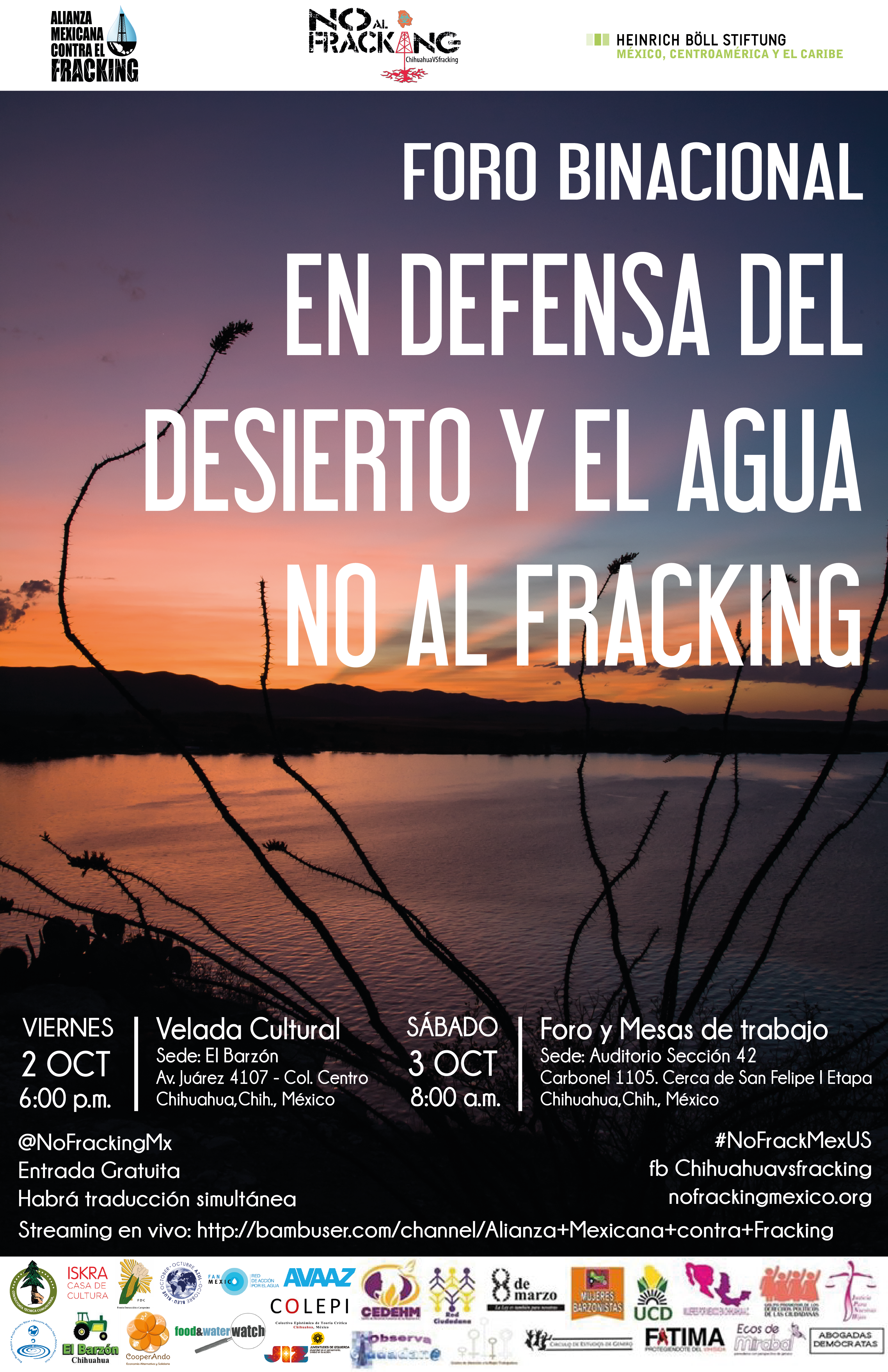 Please join us. Simultaneous translation will be provided.

Binational Forum: In Defense of the Desert and its Water.  No Fracking.

Each work group will have a facilitator and one or two people to generate discussion and debate.  The discussion will center on previously formulated questions.

Each work group will have a facilitator and one or two people to generate discussion and debate.  The discussion will center on previously formulated questions.

4:45 Plenary – The relevant information from each group will be shared with attendees.